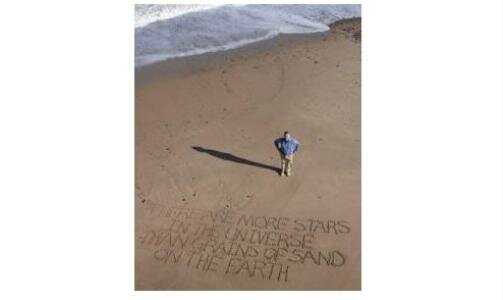 Explorers of the Universe

Enjoy a series of dramatic portraits of contemporary UK-based astronomers by photographer Max Alexander, who has a lifelong interest in astronomy. Find out what discoveries they have made and see the fascinating research that they are undertaking. Exlplorers of the Universe reflects the character, fields of interest and expertise of both professional and amateur astronomers.

The exhibition also includes a documentary photography section highlighting some of the most iconic images associated with astronomy in the UK. Examples include the summer solstice sunrise at Stonehenge and the birthplace of Sir Isaac Newton. Many of the works ingeniously incorporate scientific ideas and concepts associated with each individual astronomer.

Featuring such well-known figures as Professor Stephen Hawking, Astronomer Royal Lord Rees of Ludlow, Sir Patrick Moore and many others, and including Professor Derek Ward-Thomson and Dr Haley Gomez of Cardiff University.

Accompanying the portraits will be large models of two recently launched space observatories.

The Herschel Telescope, to study the sky at infrared wavelengths, and the Planck Surveyor mission, to map the radiation left over from the Big Bang in unprecedented resolution. Scientists at Cardiff University are members of the teams for both of these projects.

The collection brings out not only the very wide scope of ground-breaking astronomical research being pursued in the UK, a continuing legacy established by such historical figures as Sir Edmond Halley and Sir Isaac Newton, but also the valuable contributions being made by amateur enthusiasts.

Explorers of the Universe was commissioned for the International Year of Astronomy 2009, funded by the Science and Technology Facilities Council (STFC) and supported by the Royal Astronomical Society.

Following its inauguration at the Royal Albert Hall, it has toured a number of venues in the UK and Ireland.

You can view a slideshow of the Explorers of the Universe portraits at http://www.maxalexander.com.